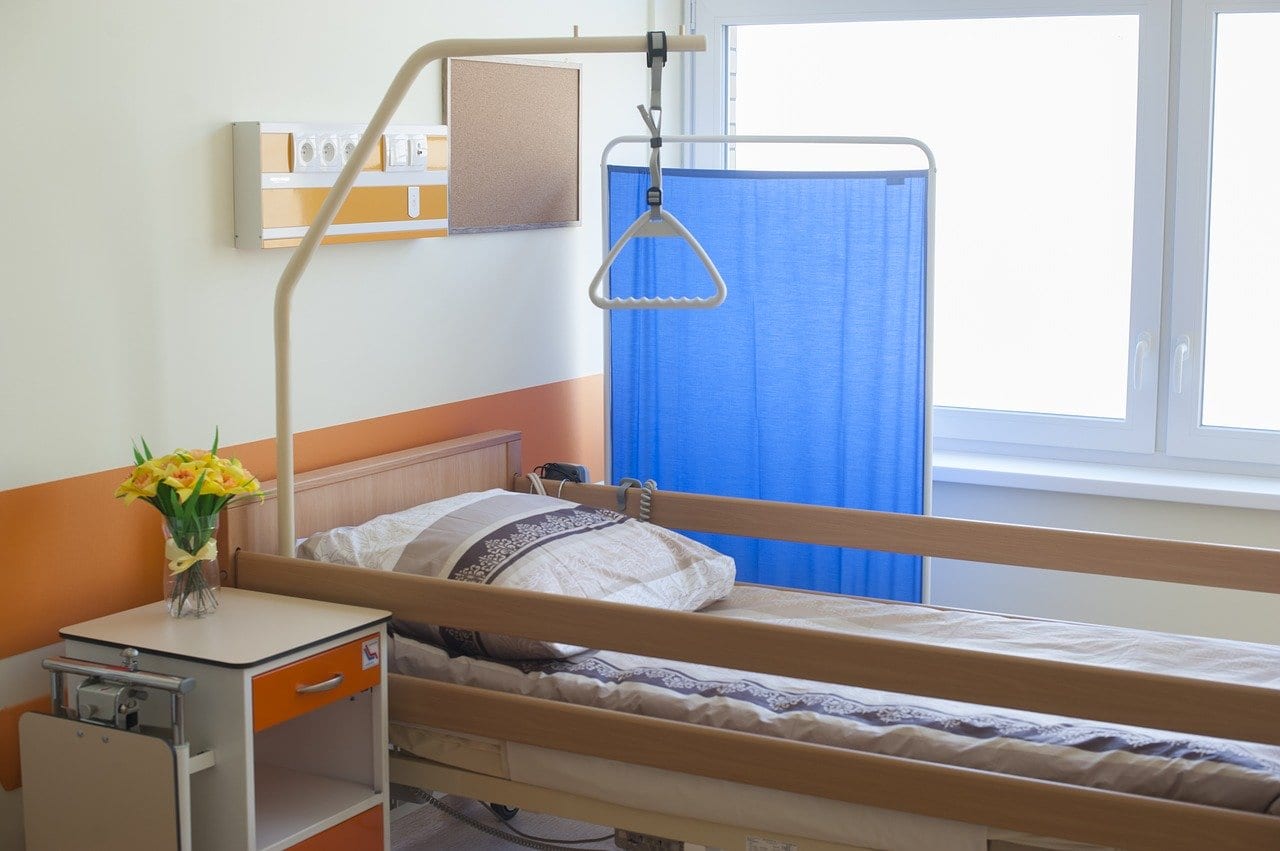 What is Euthanasia and how is it different from assisted suicide or withdrawal of medical treatment from terminally ill patients?

Euthanasia is the administration of a lethal drug to a terminally ill patient by a doctor. Assisted suicide is when “a doctor intentionally provides a person with the knowledge or means or both required to commit suicide, including counselling about lethal doses of drugs, prescribing such lethal doses, or supplying the drugs”(1). In this case, the patient is the executer. Finally, withholding medical treatment is not euthanasia because it is considered as letting nature take its course in the case of terminally ill patients.

Currently, euthanasia is not legal and assisted suicide is a crime punishable by up to 12 years in prison. Palliative sedation and withdrawal of treatment is legal and conducted in Malta by 7.5% and 15% of doctors respectively (2). Maltese patients have the right to refuse certain treatments. As of yet, there are no laws regulating “living wills” [Download a sample here (although not currently legally enforceable)] – a concept allowing patients to state which treatment they would like to receive or avoid in cases of being seriously ill in the future – in which case euthanasia is not a treatment option. On another note, assisted suicide and euthanasia are not considered as rights by the European Court of Human Rights (3)

In general, euthanasia is slowly becoming more and more acceptable in Malta as laid out by the latest polls. A 2016 poll shows that 53% of Maltese people agree with euthanasia under certain circumstances, while another online poll shows 51.32% (4, 5) agree. 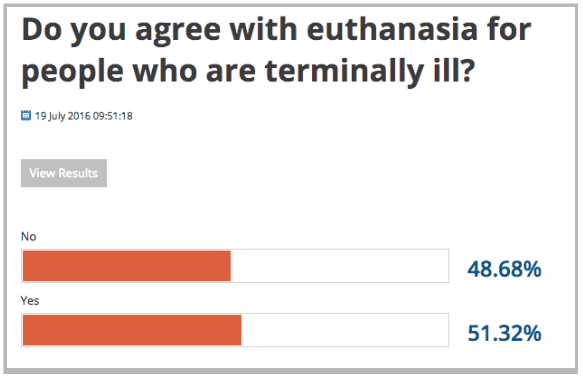 Especially among Maltese youth – including law and medicine students – euthanasia is becoming significantly more acceptable than among older generations. For example Għaqda Studenti tal-Liġi (Law Students Malta) survey shows that the approval rate of euthanasia among law students is 69% (6), while another poll by MaltaToday shows that 65.1% of people between the ages of 18-34 agree that the state should allow terminally ill people the right to end their life. In the same poll, only 35.2% of people above the age of 55 agreed to the same statement (7). 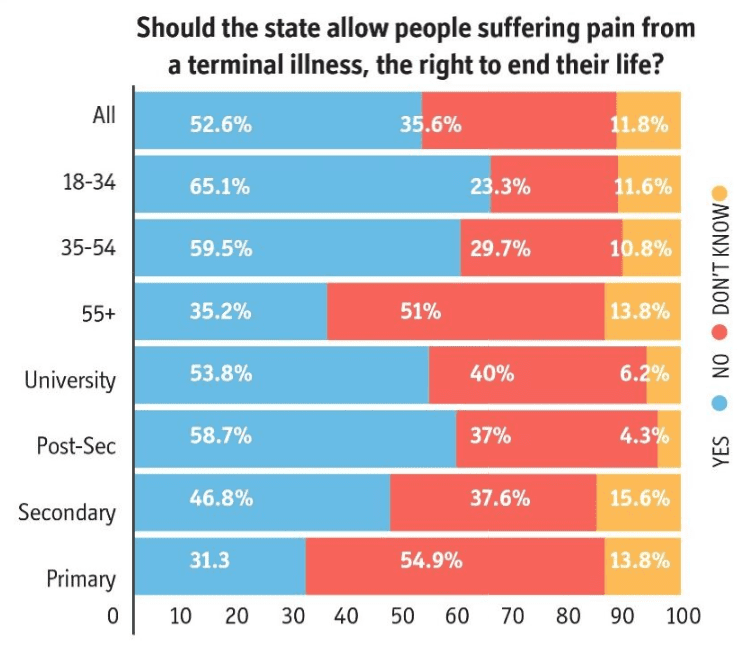 According to the latest surveys, over 90% of doctors say they are against euthanasia but 50% agree with hastening death by intensifying analgesia. The same survey reveals that 12% of doctors polled have faced requests for euthanasia. The study also shows that “doctors need more guidelines, both legal and moral about this subject. In the absence of this, religion and life philosophy were being used as a guide in this difficult aspect of practicing their profession.” (8)

What is interesting however, is the different perspectives polled between doctors and doctors in the making. Once again, the younger generation of prospective doctors view euthanasia more favourably than their incumbent colleagues. In a 2016 declaration, the Malta Health Student Association (MHSA), announced that they believe “the health care system in Malta and Gozo should start to seriously consider the legalisation of Euthanasia as it is undoubtedly an answer to some of our critically-ill patients.” (9)

In a 2016 statement, Alternattiva Demokratika declared that “whilst AD does not agree with the termination of life through euthanasia, it is in favour of the drawing up of ‘living wills’ or ‘biological wills.’” (10)

In 2017, Forum Żgħazagħ Laburisti, the youth branch of the Labour Party, has come out in favour of legalising euthanasia. (11)

Politician Chris Fearne, in a 2019 interview, said that he is “against euthanasia but in favour of a dignified death.” (12)

NB. As in the divorce debate, there are people who do not follow the stand taken by the political party they usually vote for.